Although my verdicts on music may lack profundity, I hope to enlighten audiences about artists that have created music in hopes of achieving a potent image, thus why I am excitedly reviewing Duran Duran and their first EP called, “Nite Romantics”. Duran Duran has culminated many success throughout their career. Before the band became mainstream in 1984, the group assembled together in 1978 and were characterized as an image for the pop cultural movement called New Romantics due to their refined fashion. 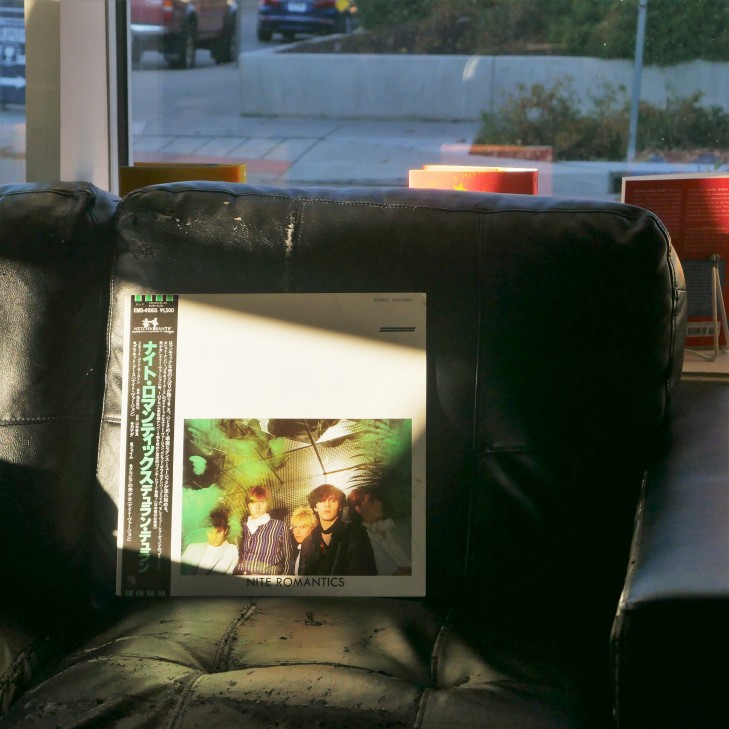 The Nite Romantics EP was released in 1981, exclusively in Japan by Toshiba. The cover of the album is adorned with a distinctive promo sticker, additional lyric insertions in Japanese, and brief biographies talking about each band member. The usage of the colors black and green are visually pleasing, furthering my appreciation for the entirety of the Nite Romantics vinyl EP.

Aside from the album’s rather unique Japanese sleeve and rarity, there are many other things to admire about the Nite Romantics EP, specifically the track list. The four songs within the EP consist of “Planet Earth”, “Khanada”, “Fame”, and “Girls on Film”; all songs I find, tone-wise, redolent of the 80’s and congenial to some extent. The alternative-pop undertone and prominent bass within all the songs is inviting and fun to listen to. My personal favorites out of the four are “Fame” and “Girls On Film”, for their lyrics and poppy tune.

The totality of the Nite Romantics EP is an enthralling EP I think many individuals born in the 70’s and 80’s may especially enjoy for its nostalgia and new-wave reputation. Although Duran Duran aren’t a band I listen to often, I say give it a listen for the sake of hearing new music.

Julles Marquez enjoys a myriad of things, a handful of those interests consisting of photography, journalism, civil disobedience, horror cinema, and art. If she's not critiquing a new horror film, she's writing a story. View all posts by Julles Marquez