“Feel It Still” is the pop song of this past year. Charting numerous top 100 lists for longer than Fun’s “Some Nights” and Gotye’s “Somebody That I Used to Know”, lasting for more than 6 months. But that’s now, and Evil Friends was how they got here. Starting off in Wasilla, Alaska from the ashes of John Gurley’s group, Anatomy of a Ghost, Portugal. The Man is John and Zach Carothers on Bass. Other members have come and gone, but these two have remained the core of the band. Since the recording of Evil Friends, Zoe Manville on percussion and vocals, and Ryan Neighbors on keys an anything and everything else. Kane Ritchotte joined on drums for this album but left after the group was done touring as Jason Sechrist, a drummer for the group who had played with them on and off, rejoined and currently is still a part of them. From Waiter: “You Vultures!” in 2006, Portugal has been based out of Portland and has been proud of it, taking on the moniker Lords of Portland. Hometown Heroes if I say so myself. In 2010, they signed with Atlantic ahead of recording In the Mountain in the Cloud. After this, Portugal. The Man came back in 2013 with Evil Friends.

Powerful friends is a more accurate description of this album. Portugal. The Man’s second album on a major label, Atlantic Records, and the first produced by Danger mouse is a lot. Danger Mouse is a big name in the music scene, with his name sitting on records by Jack White, The Black Keys, and Gorillaz. I tend to enjoy albums that are more conceptual and fit together like they are telling a story. For example, Old Wounds by Perfect Future, entirely about being a soldier in WW1. Evil Friends is a lot like this. It talks about being a friend and the type of friends we have. “Creep in a T-Shirt” and “Hip Hop Kids” are two of the most different songs, yet I feel the most underrated songs on this record. Overall, the concept for this record is beautifully executed while still giving us great bangers like “Hip Hop Kids”. 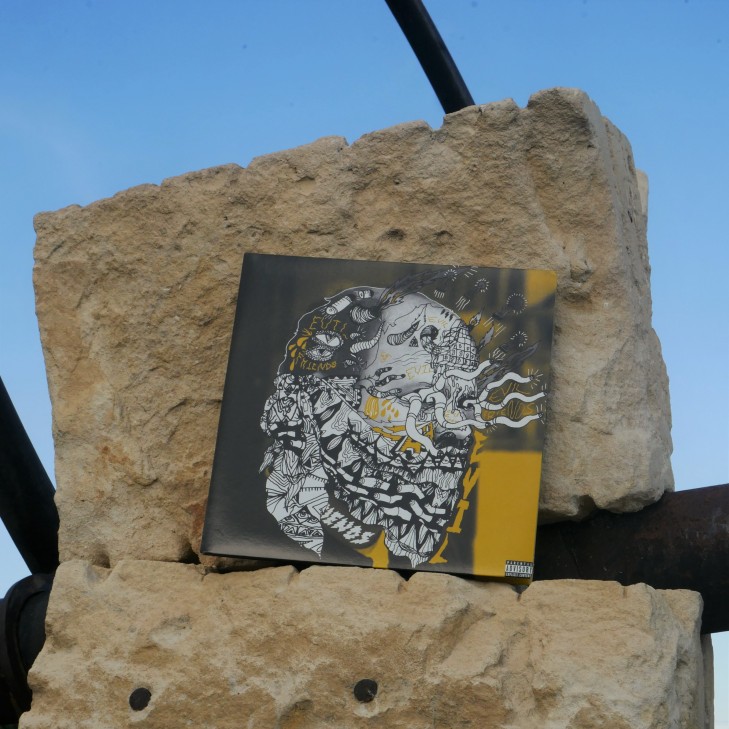 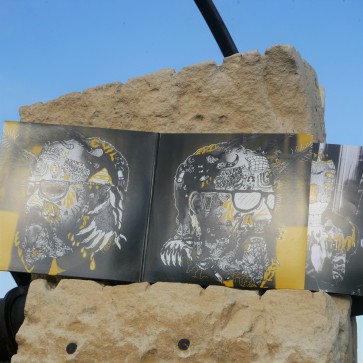 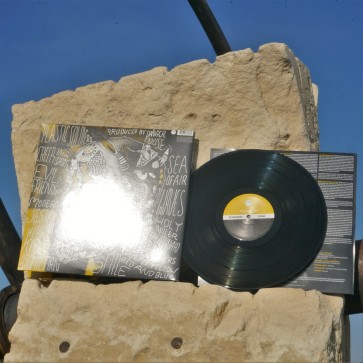 180 grams of black, polyvinylchloride goodness. The record itself isn’t too exciting, but the label is styled similar to older records and looks exactly like Exile on Main St. by The Rolling Stones. The rest of the sleeve is decorated with head shots overlaid with facial illustrations on all sides, including the insert. The ones on the sleeve are the same image while the insert is of a man playing guitar. Surprisingly, this also included a CD copy, which always leaves me feeling conflicted. For 2013, it’s all very nice and a good addition to your collection.