A theme that you may begin to pick up on is a lot of bands start with one main member creating some music, generally messing around, and accidentally making something good. With a history extending all the way back to 1997, when people still talked to each other in person, Ben Gibbard recorded a demo on cassette. This would go on to inspire him to form the band in a more official sense, acquiring lead guitarist Chris Walla, Bassist Nick Harmar, and Nathan Good on drums. As bands usually go, Chris Walla and Nathan Good eventually went their separate ways. Twenty years and seven albums later, Death Cab for Cutie is ready for a slice of the limelight again. Before leaving the group, Walla helped record their eighth studio album. 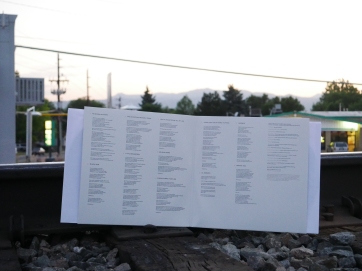 Kintsugi is an art and a philosophy. In Japanese culture, Kintsugi is the art of fixing broken pottery, as well as the philosophy that mending something back together is part of the object’s story and not something to be covered up. Gibbard felt that the last album may have turned some of their audience away from the band, and saw this record as a way to bring them back. The problem most fans have with Kintsugi is there’s no consistent flow to it. While listening to the music, all you feel is like you turned on the radio to a top hit station but it’s just one band performing random songs. Nearly everything on the record is a heavy hitter, but none of it flows very well. Very quickly, I wanted to add that the band announced their ninth studio album, Thank You for Today, will be released in august. So, if you want to see a review of it let me know.

The vinyl itself is lovely, black, and 180 grams of musical goodness. There’s not much to say, I told you none of the vinyl this month would be too exciting. Anyways, it’s 1:17 am and I’m not tired, you are.

In case I don’t see ya, good morning, good afternoon, and good night.