The Akron, OH wonder boys, Dan Auerbach and Patrick Carney, form the American indie/blues rock scene and share the limelight with few. Making up what easily sounds like a 5-piece garage rock band, the two musically inclined kids really innovate. Recording for their second album happened during a single 14-hour season in Carney’s basement. Following being evicted from their studio, the group recorded Rubber Factory in an old tire factory in Akron. 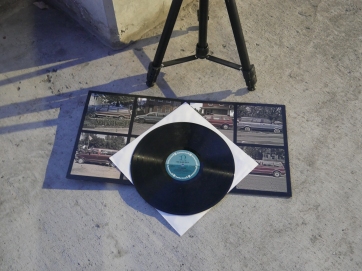 Following the high of the commercial success of Brothers, the bands sixth studio album, recording El Camino happened when the band wasn’t touring their last album. Finding ways to make this album better to perform live, the group took notes from 50’s to 70’s rock and roll to rockabilly acts. Going platinum in the US and double platinum in many others, the album swept the Grammys. Taking home Best Rock Album and Best Rock Song.

The vinyl was a solid 180g record that didn’t steal the show. What did was the attention to detail. Not many records will come with a soft plastic lined inner sleeve . This care to detail makes it feel premium and contrasted against the rest. The sleeve is decorated with Plymouth Grand Voyagers, seemingly to mock the namesake of the album.

This album is available wherever vinyl is sold. Remember to shop locally